The canonisation of Pope John XXIII and John Paul II on 27 April 2014 has made the topic of saints and sainthood current and relevant.

Throughout Christian history, the Catholic community has recognised in a particular way, those of her members that have, through God’s grace, lived lives worthy of imitation: filled with faith, hope and charity. As well-known spiritual author, Joan Chittister writes,

“For centuries, the Church has confronted the human community with role models of greatness. We call them saints, when, what we really mean to say is ‘icon,’ ‘star,’ hero,’ ones so possessed by an internal vision of divine goodness that they give us a glimpse of the face of God in the centre of the human. They give us a taste of the possibilities of greatness in ourselves.”

Included in this edition of REmail: Activities, prayers, information and a Lesson Plan, relevant to teaching secondary school children about saints and canonisation.

Christ Has No Body

O gracious and Holy Father,
Give us wisdom to know you,
Intelligence to understand you,
Diligence to seek you,
Patience to wait for you,
Eyes to behold you,
A heart to meditate upon you,
And life to proclaim you;
Through the power of the Spirit of Jesus Christ our Lord. Amen.’
Attributed to ST. BENEDICT

The Litany of the Saints

The Litany of the Saints is used on All Saints Day and at Easter Vigil (holy Saturday) where we renew our baptismal vows, as well as at important liturgies. It is one of the oldest prayer forms in the church – recited or chanted – where we appeal for help from our greatest saints and for divine protection.

Source: Learning Links to Saints and Heroes, Litany of the Saints. Pg 40

Suggestions on how to use these prayers:

Choose a modern day hero or role model who is living Christ’s message and is acting on Christ’s behalf. Write a reflective prose, using the body parts in the prayers. For example, No hands but yours (fire-fighters risking their lives to save others).

We are limited by our humanity to understand God. St Benedict is enlisting on our positive human qualities to get closer to God. Can you add more qualities to his prayer? Find the best of human actions that people generally share on the internet (such as advertisements with appealing storylines about doing good) and follow it up with a PowerPoint or series of images that truly reflect the best that humans can be that gets as close to being Christ-like. You may wish to add music for extra effect.

Litany of the Saints

1. Research the litany of saints on the Internet and a brief history of each of the saints mentioned.

2. Compose your own litany of saints that you admire and replace the traditional ones. You may wish to change the response of ‘Pray for us’ with a request that is more specific. For example, ‘Saint Mary MacKillop, Help me to find courage’, or ‘Saint Francis, Help me cope with the death of my dog’. The litany is a series of requests and appeals to holy people who have practiced a life of moral virtues of faith, hope and charity.

Saints Peter and Paul were the early saints of the Church. Jesus chose Peter as the leading Apostle and Paul never met Jesus. Both were imprisoned for their beliefs and endured hardships and hostility on their many travels. However, both ‘kept their faith, fought the good fight and finished the race’.

What is your interpretation of these words in context with their mission to spread Christianity?

Would you admire someone who kept their faith despite hardships? Find an example of such a person in a saint or a modern day hero.

Both of the gospels have a different view of how Jesus called his first disciples. Read both versions and state the differences and similarities. Which version do you prefer and why. What reason/s can you think of for the lack of details in Mark’s gospel and the dramatic explanation in Luke’s?

What qualities did the fishermen have for Jesus to enlist them in his mission?

What do you think is meant by ‘fishers of men’ or Don’t be afraid, you’ll be catching people’? Connect these phrases to the fact that Jesus was converting people.

The Church believes that through baptism, we are all called to be Jesus’ followers in whatever occupation you choose to follow. What are the essential values and beliefs of a follower of Jesus?

Lord,
Lead us into the right path so that we will walk in your way humbly and faithfully.  May we follow your example and that of the saints, by loving those who are in most need through our actions and living our faith.

What is the difference between saints and martyrs? Are these terms sometimes confused due to historical context? For example, the early Christians recognised saints as being followers of Christ who gave up their lives for their faith, as Jesus did. Once persecution ended, saints became regarded as holy people who demonstrated a mystical dimension in their lives. Today, modern day saints are likely to be those who’ve left a significant impact in people’s lives and beliefs.

a. Make a time line, beginning with selected saints from the early Christian era to today. Look at the historical events happening at the time as to why these saints were chosen in that period in time.

b. Choose a historical saint to study in detail. Create a case study on his or her life works and why you admire them.

c. If you have been named after a saint, or someone in your family has a family name, briefly research who they were, what they did, why your family chose the name.

2. Communion of Saints – Our Call to Holiness

Other Christian faiths do not give saints the same level of importance as Catholics, who have a very strict system of canonisation. There is a view that some Catholic groups ‘worship’ the saints rather than have veneration for them. The Muslim and Jewish faiths have prophets and Buddhists have holy people rather than saints. In what ways are saints similar or different?

a. Define worship and veneration. What is the difference?

b. All Saints Day is celebrated on 1 November. We celebrate all the saints in the Catholic tradition. The Communion of Saints is explained as being ‘all pilgrims on earth, the dead who are being purified and the blessed in heaven, all together forming one church’ (Catechism of the Catholic Church).

c. Research the concept of the Communion of Saints – how do we keep those who have died and saints in our prayers as a living memory that we celebrate with us.

e. Group Work: Patron Saints.
Patron saints are chosen as special protectors or guardians for:
occupations; illnesses; churches; countries; causes. In groups, choose a patron saint from ONE of these categories and present a slide show (PowerPoint) or a series of images with text and appropriate music.

f. In pairs, make up a quiz for the class on various saints, patron saints and their deeds. You may wish to use your local church name, your school’s name, and any other ‘Saint’ name. Even an AFL football team!

In groups, research either Pope John Paul II OR Pope John XXII on the internet and write up a feature article about their candidacy. The article needs to be aimed at a specific readership – for example it can be a religious one or for a national newspaper, or Who Magazine, etc.

– Choose ONE newspaper/magazine or a TV program such as Sixty Minutes or CNN report. You must include facts to discuss what he did to be chosen for canonisation and in what ways his actions impacted not only on the Catholic Church but on the world, too. For example, Pope John Paul II was instrumental in the collapse of communism.

– Use qualities to describe their individuality. How did others (non Catholics) see these popes? Use language such as ‘he was truly a heroic figure’, ‘a very human Pope’, ‘a prophet of peace and justice’, ‘an important world leader’, ‘a man of principle’.

c. Debate: do you think it’s right for the church to canonise already religious figures such as popes? Consider using points for and against, such as the church may be wanting to create a more positive image after so much bad publicity lately or that every human has the right to be recognised for their ‘holiness’ in wanting to live out Christ’s ministry.

Your job is to promote the concept of saints and their importance as Christians who live their faith to young Catholics. Using any of these mediums or make your own, create a publicity kit to promote a saint. You may wish to use the two canonised popes as your subjects.

– Create a Postage Stamp of your chosen saint

-A CD cover for an album ‘Greatest Hits’ featuring saints and heroes that would apply to their good works or themes.

– Create a dust jacket book cover that would appeal to a Young Adult audience with the story as the saint being a hero. For example, a historical saint, such as Saint Francis who was associated with a popular cause of being an environmental reformer. Maybe a graphic novel with a comic hero flavour or a super hero? Perhaps the medieval look with a modern day twist?

a. Look up modern day heroes in Australian media on the internet on the government site for awards given to heroes chosen by the Australian community, such as the Order of Australia, Australian local hero, Australian of the Year, 2014 – Adam Goodes, AFL player and community leader.

– Make a list of qualities and characteristics these heroes have and in what areas. What are the essential qualities of a hero?

What’s the difference between a hero and a saint?

b. Dramatic Performance: Who do you regard as a hero and believe should be canonised? Make your case to a ruling body using a similar process to the church canonisation to award your hero with a sainthood. It may be a holy person from another religious tradition or culture.

d. Study a modern day person who has done a ‘saintly’ deed. Sam Clear is not a saint, but he is a modern day Catholic hero who lived his faith in walking over 15,000 kilometres around the world for Christian unity. Follow his fascinating story and his dangerous encounters in his travels throughout South America and parts of eastern Europe, and what motivated him to go on this self imposed Christian mission.

Source:
Sam Clear: walk4one (Sam is available to talk at your school).

5. Sacrament of Initiation – Baptism – Born to be holy

Class/Group Discussion for younger classes. For older students, this may be written as an essay.
‘In context of the topic on saints, discuss what it means to be a Catholic’. In your discussion, discuss:

• what does becoming Catholic mean?
• why it is important?
• why it is/should be a family event?
• initiation rites in Baptism – what are you baptised into?
• is baptism simply a ceremony or is it a life time commitment?
• what is the importance and difficulties of living your faith – values/social justice/ethics?

To support your discussion or essay, include the Nicene Creed; the BIG FOUR sacraments – baptism, reconciliation, communion and confirmation; Jesus’ teachings and sacrament connections from the gospel.

6. Initiation as a member of the Catholic ‘club’

a. Group or Individual Work. Imagine you met someone who had no clue as to what being a Catholic meant, create a list of rules and regulations, benefits and responsibilities, rewards and penalties as you would if they were new members of a club with life membership.

The lesson plan for Saints and Heroes is available from the button below. 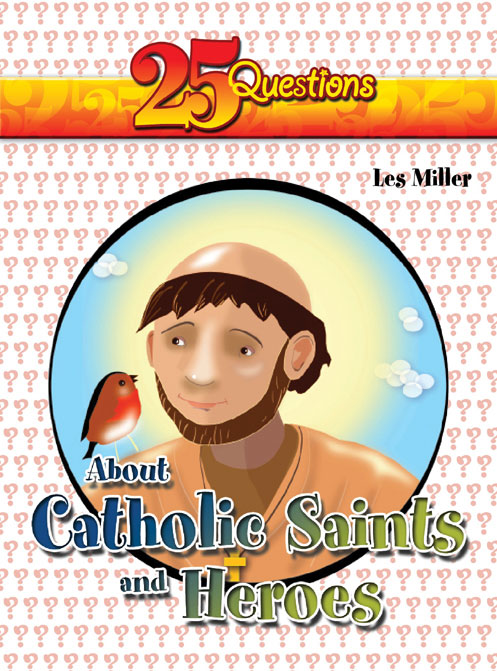 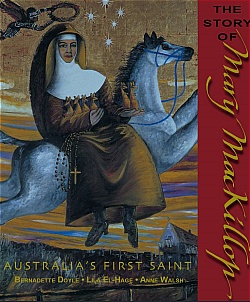 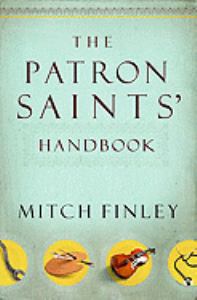 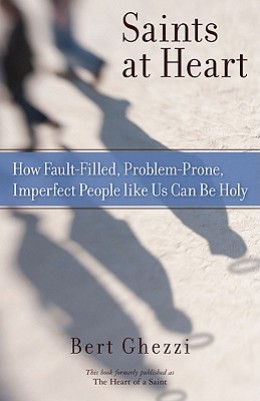 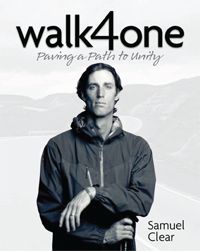 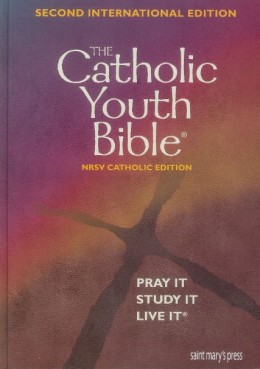 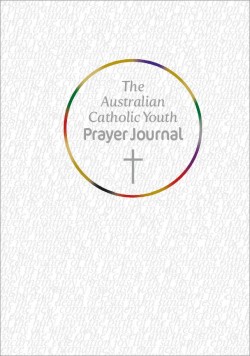 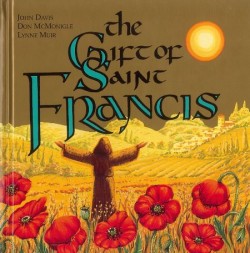 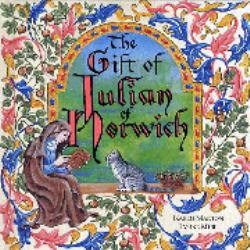 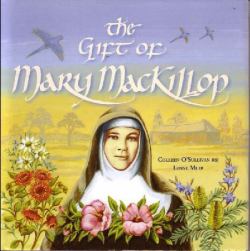 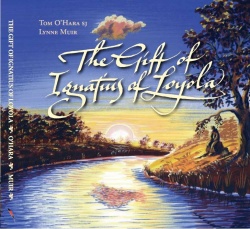 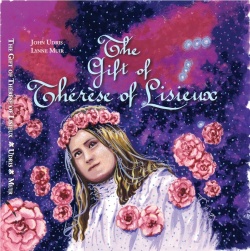 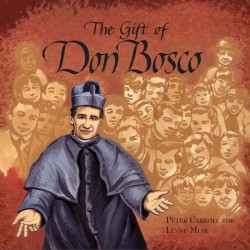 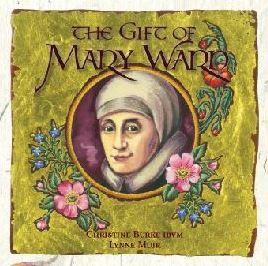 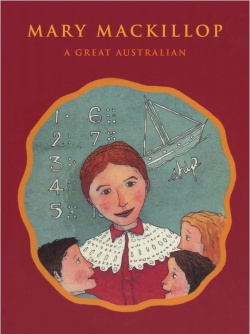 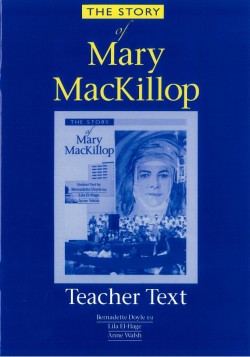 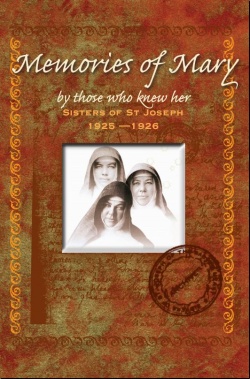